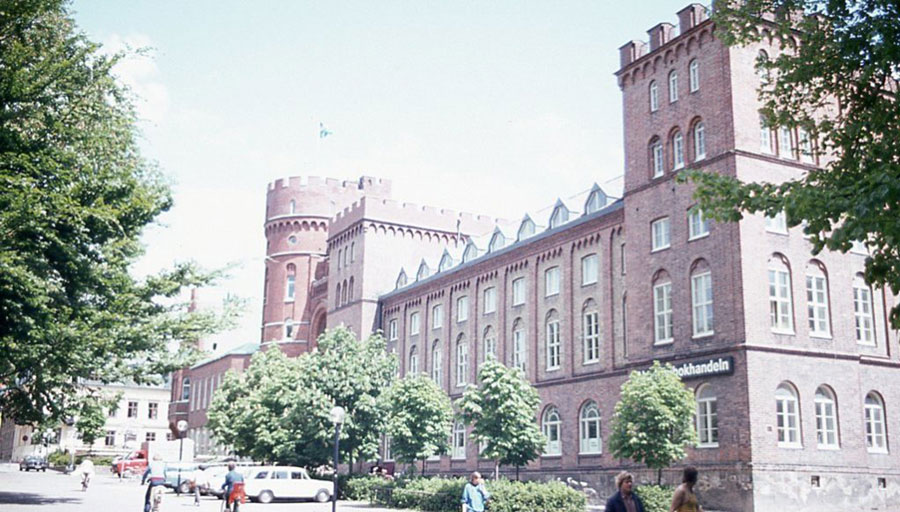 Gordon Lindeen attended our alumni event in Denver last spring and reconnected with Lund University. He is a shareholder at Hall Estill Attorneys at Law in Denver, Colorado. We have asked him a few questions about what he has been up to since his exchange studies at Lund University in the 1980s.

What do you work with today? What does a typical day in the office look like?

My name is Gordon Lindeen and I have been a practicing intellectual property attorney since 1987.  From June 1982 to June 1983 I studied in Sweden as a part of the University of California Education Abroad Program.  Over the years, I have been involved in almost every aspect of patent, trademark, copyright and trade secrets law: acquisition, licensing, sale, evaluation, and enforcement.  Lately, most of my work has been obtaining patents for major companies in the electronics, communications, and semiconductor fields.  Every few days, I will have a conversation for an hour or two with a group of innovators about the group's most recent new invention.  I will then spend a few days preparing a patent application, confer again with the group to make sure that it is right and then submit that to an appropriate national or regional government patent office.  I will also work with in-house counsel at the group's company to make sure the company is getting the patents that it wants.  Patent prosecution work is always new and exciting to me because I work with creative people and with their new ideas.  It is also easy to keep a positive outlook because the inventors are excited to explain their invention.

On other days I will receive correspondence from those patent offices about earlier patent applications and why they may be rejected or allowed.  This work requires an extensive comparison of the invention with what came before and the careful drafting and redrafting of claims that attempt to express the new invention in words.  I work with patent attorneys and patent examiners in this and other countries to prepare these claims and explain these claims in a way that is convincing to the respective examiners.

Another aspect of this work is working with company management and engineers to determine a strategy for what should be patented and which patents should be sold, purchased or licensed.  These are long term strategy discussions and decisions and it takes many years to see results.  The enforcement side can be very different.  In my view, the excitement and drama of litigation and adversarial negotiations around the globe is canceled out by the many quiet hours of analysis and preparation that go into any multi-million dollar decision regarding complex technology.

As a patent attorney, what have been some of the unexpected challenges associated with the job? Any advice for students and young alumni thinking about following this career path?

This is a job that requires a great amount of careful study and careful thought.  It is also a job where most of what you write is placed into a permanent record and might be used against the patent 10 or 15 years later in a dispute.  Putting so much care into each word is not for everyone.  In that way, the work is not for everyone, but it can be extremely satisfying for the right person.  Another side of this work is becoming a patent examiner at a national patent office or at the European Patent Office.  A great many patent examiners quit after a year or two but the ones who stay tend to enjoy their work

One of my early surprises was how much patent trials are not like television courtroom dramas.  Because so much is at stake, most cases are settled before they ever go to trial.  A patent litigator's job is mostly study and preparation and most of the arguments are not to a jury but to lawyers for the other side.  On the other hand there are more patent disputes now than ever before and this trend is not likely to change for a few years.

We noticed on your Hall Estill profile that you have Swedish listed under Foreign Languages. Has your former time in Sweden and your Swedish language skills come in handy during your work as an attorney in the United States? If yes, how so?

As a persuasive writer and a reader, which is most of my work, becoming conversant in Swedish not only deepened my understanding of English, but also brought me new ways of looking at the same idea.  While Sweden and the USA share a common cultural foundation, there are more differences than many would suppose.  Some differences are superficial and some differences are fundamental.  Sometimes it is hard to tell.  While "fika" and "lagom" seem superficial they point to a something fundamentally different.  The Swedish language is the embodiment of Swedish cultural ideas so that these differences can only be fully understood through the language.  Living in Sweden and conversing in Swedish gave me intellectual insights and abilities that cannot be obtained through book study.  I apply these insights in my writing and in my arguments.  It allows me to make different arguments from different perspectives to make the same point.  This might also be true if I had learned Russian or Vietnamese, but I see the closeness of Swedish to English as an advantage in improving my use of English.

Looking back on your student days, what would you say is one of the most valuable takeaways from your exchange studies at Lund University?

The physics institute was a lovely place and a welcome refuge even in friendly Lund.  The instruction was good, the classes were small, and the professors were kind and welcoming.  All of my credits were recognized by the University of California and yet these undergraduate courses were not greatly different from similar courses at home.

The greatest value from the year in Sweden, guided, advised, and supported by our fantastic faculty guide James Massengale from UCLA, was learning to thrive in this foreign country with these foreign people.  It is a pleasant and valuable thing to travel to another place and talk to shopkeepers, taxi drivers, and others that you may meet.  It is another thing to move in to student housing, join a student nation, take courses, struggle through the material in a study group, take examinations, make friends, and become part of a society for year.  Not only did I gain a deep insight into Swedish culture but I also gained a deep insight into my own, including how it is perceived by those on the outside.

Lund is a beautiful city from the old cathedral to the springtime delight of the fields in bloom.  Lund is also as close to Berlin or Oslo as it is to Stockholm and I did travel with some fellow students.  Nevertheless, my favorite memories outside the classroom are of the warmth and kindness of my fellow students whether in the basement at Wermlands Nation or dancing weekly with Lunds Studenters Folkdanslag. 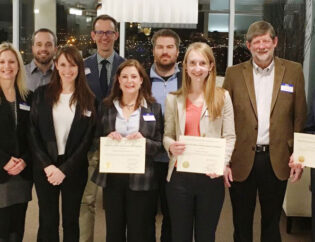